This wiki is the result of an ongoing community effort — thank you all for helping!

If you want to provide changes to this page then please click here.

This 'textdraw editor' tool can make designing textdraws much easier.

Player-textdraws are only created for one specific player. Up to 256 textdraws can be created PER-PLAYER. That's 128,000 on a server with 500 players. A little more than 2048. Player-textdraws should be used for things that are not 'static'. Do not use them to display a website address for example, but for a vehicle health indicator.

When creating a textdraw, you should always decide if the textdraw you're going to create has to be global (eg. your website address, global annoucement) or if it's going to differ per player (eg. kills, deaths, score).

A global textdraw is the easiest to create and requires only one variable. This variable is needed to modify the textdraw and to show it to the players later on. The declaration for such a textdraw needs to be a global variable in most cases. The textdraw variable also needs to be prefixed with the Text: tag and should be initialized with the value Text:INVALID_TEXT_DRAW. If you omit the initialization, the textdraw may conflict with others as you add more textdraws.

A per-player textdraw is exactly the same as a regular 'global' textdraw, but only creates the textdraw for a single player. This is useful for textdraws that are unique to each player, such as a 'stats' bar showing their kills or score. This can be used to avoid going over the global-textdraw limit, as you can create 256 (as of 0.3e R2) textdraws per player. They are also easier to manage, as they automatically destroy themselves when the player disconnects.

IMPORTANT NOTE: An array is still needed for the variable, as the ID of the textdraws may differ from player to player, as other players may have more or less textdraws created than the other. 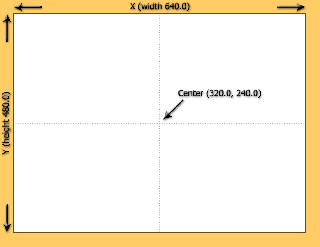 Once you've declared a variable/array to store the ID of your textdraw(s) in, you can proceed to create the textdraw itself. For global textdraws that are always created, the code should be placed under OnGameModeInit. To create the textdraw, the function TextDrawCreate must be used.

Note that this function merely creates the textdraw, other functions are used to modify it and to show it to the player(s).

The ID of the created textdraw

Let's proceed to create the textdraw:

We have created a textdraw in the center of the screen that says "Hello World!".

There are 4 fonts available for textdraw text:

As of SA-MP 0.3d, a new font (id 4) can be set. This is used in combination with the TextDrawCreate and TextDrawTextSize functions to show a texture 'sprite' on the player's screen. We'll cover this later.

For this example, the textdraw has been created globally under OnGameModeInit and will be shown to player when they join the server.

To show a textdraw for a single player, the function TextDrawShowForPlayer is used.

This function does not return any specific values.

The playerid is passed through OnPlayerConnect, and the text-draw ID is stored in the 'gMyText' variable.